The Yellow Triangle on your European airspeed indicator.

Quote: "(e) a yellow marking (triangle) for the lowest approach speed (at maximum weight without water ballast) recommended by the manufacturer; . . ."

If you obtained your glider rating in a U.S. built glider, you may have never seen one; which makes it all the more obvious the first time you flew a European built glider. The yellow triangle is on your airspeed indicator, it must have something to do with speed. What do you know about it; what have you heard; what do you remember and how do you use it? I have heard or read since 2007 that it indicated minimum sink; that it's traffic pattern speed; that it's 1.3 times stall speed; that it's approach speed; that it's touch down speed on grass strips in Germany.

After much reading and research, I found the quote at the top of this page. It's from a document called Certification Specifications for Sailplanes and Powered Sailplanes CS-22, Amendment 2, 5 March 2009. The quote is in Book 1 (Airworthiness Code), subpart G, paragraph CS 22.1545. The illustration AMC 22.1545 is from Book 2 of the same publication.

Prior to finding the CS-22, I found other sources; two are here. Rich Carlson of the Soaring Safety Foundation has a practical take on pattern and approach airspeed as he explains in his 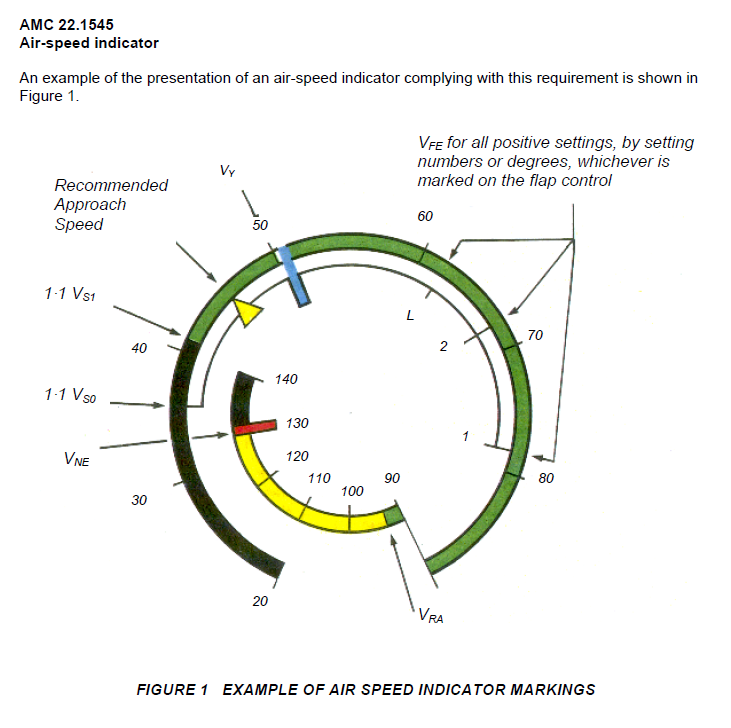 SSF article Airspeed! (a pdf opens in a new window). He states: "Most modern gliders certified by the European Union (CAS-22) will have a yellow triangle showing the minimum recommended approach speed with no wind." Ron Ridenhour wrote Approach Speed Recalculated to demonstrate at least one reason for higher speeds on final and a reason for 1.5 x Vso.
But the FAA Glider Flying Handbook 2013 (GFH) does not discuss the yellow triangle on any page. The FUSTALL checklist on page 7-22 appears to recommend approach speed for the traffic pattern. On page 7-23, for ideal conditions, the GFH calls for speed of 1.5 Vso (stall speed in landing configuration) for traffic pattern unless your glider flight manual (GFM) says otherwise; then add one-half of reported "gust factor". We have this quote from page 7-22:

"Use the elevator to maintain the recommended approach airspeed established by the manufacturer. If no approach speed is recommended by the manufacturer, use 1.5 VSO. Establishing a proper pattern entry and normal approach speed is a foundation for a good approach to landing. During the entry into the traffic pattern, pilots need to ensure that the glider is in trim and keep the yaw string straight during these turns while maneuvering in the traffic pattern at all times." 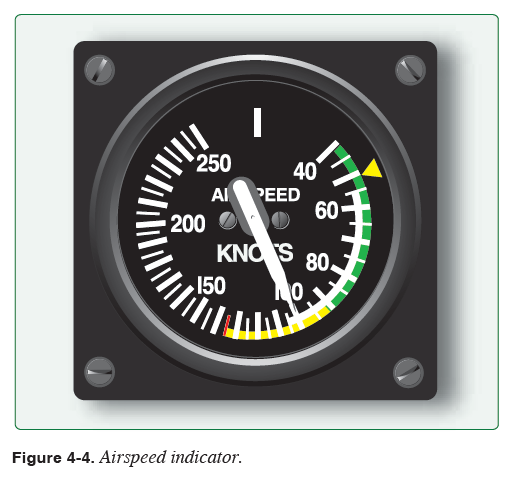 The depictions in the GFH appear incorrect as they show the triangle below the white arc at an airspeed less than stall speed in approach configuration (Vso). The picture also shows the stall speed with flaps retracted (green arc) 15 knots slower than Vso stall. Check your airspeed indicator and flight manual for correct speeds. The EASA illustration above shows a correct position of the the yellow triangle. 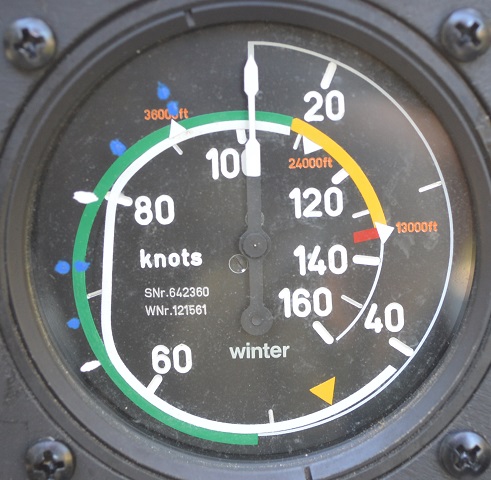 I fly a Mosquito B. The glider's flight manual does prescribe a position for the yellow triangle at 46 knots (para 2-8). The text recommends an approach speed at light weight and full airbrakes (spoilers and more than full flaps together) of 46-49 knots; charted stall speed is 35kts in that configuration. That gives a glide ratio of 1:4.5, like a UH-1H helicopter in an engine-off autorotation. By the FAA handbook method, 1.5 of stall speed is 52.5 knots. Plus the gust spread, of course. For the situation closest to the EASA standard, landing configuration, no water, otherwise max weight, stall is at 39 knots. For worst case, maximum weight and no flaps, stall speed is charted at 46 knots. The manual does not provide numbers for spoiler use; airbrakes being the combination of full spoiler and more than full flaps. [note: the blue dots indicate the previous owner's considerations for use of negative flaps.]

So, I consider "my" yellow triangle to be my absolute minimum approach speed; keeping in mind that winds, turbulence, and wind gradient may require a greater approach speed.

From the Mosquito flight manual (translated from German),
my usual all up weight is about 50 lbs left of the 772 lb column:

2. The illustration of the EASA airspeed indicator, above, is copied from Book 2, Subpart G paragraph AMC 22.1545 of CS-22, Certification Specifications for Sailplanes and Powered Sailplanes.

3. Any discussion of approach speed inevitably drifts to some-times heated discussions of the proper technique of touchdown. The GFH comes close to contradicting itself on page 7-24 in the right-hand column.
"The pilot may at or about three to five feet AGL. ...
"When within three to five feet of the landing surface, begin the flare with slight back elevator. As the airspeed decreases, "the pilot holds the glider in a level or tail-low attitude to touchdown at the lowest possible speed for existing conditions, while the glider is still under aerodynamic control. ...
"The pilot should hold the glider off as possible, but ensuring the touchdown is on the main wheel as stated in the GFM. ...
"The pilot should ensure that the glider touches down with a nose-high attitude, but not high enough to land tail first." Endquote.
Consult your GFM/POH, your CFI, your DPE, or your favorite local contestant. But safe technique as a method of test guide compliance should not itself become a standard

4. Page 7-23 of the GFM says to maintain manufacturer's recommended approach speed prior to traffic pattern entry. If the glider has no recommended approach speed, use 1.5 Vso. The yellow triangle speed, just a few knots over stall, seems precarious for flight where one must be vigilant in more turbulence, crosswinds, or wind gradient; higher touchdown speed may cause a longer, faster rollout. While a club may specify a traffic pattern speed; approach speed must be determined by the pilot after consideration of conditions. The principles of stabilized approach are not changed.